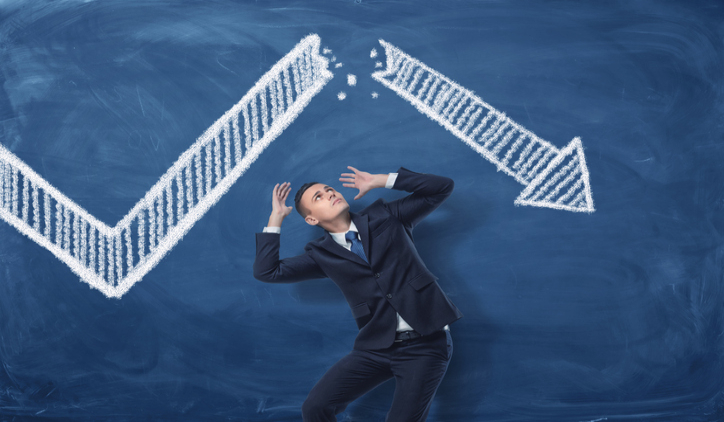 From a retail investor's perspective, it might seem like a phenomenal time to invest in the stock market. Trillions of dollars of wealth has been created over the past ten years of the American bull market. The Dow reached all-time highs in July 2019 and has consistently flirted with breaking new records in subsequent months. However, despite this seemingly rosy outlook, institutional investor concerns over news-cycle driven volatility is keeping many of them from deploying large sums of capital into equities.

Investopedia defines a trade war as "The result when one country imposes protectionist trade barriers on another country's imports in response to trade barriers put up by the first country." Through the opening up of Chinese markets in the 1970s, all the way to the end of the Obama Administration, free trade was seen by most decision-makers and many citizens as an unquestioned good. After going through the tribulations of The Great Recession, and after seeing the industrial employment decline caused in part by free trade and outsourcing, many on the left and right of the political spectrum became much more receptive to reduction or regulation of trade agreements with others, particularly new behemoths like China.

This led to a situation where the President of the United States, Donald Trump, launched a trade war in an attempt to lessen the Chinese trade imbalance with the US and restore some or many of the industrial heartland and rust belt jobs lost to outsourcing and automation. The trade war, combined with the President's proclivity for tweeting on the ongoing negotiations has led to multiple drops and rises in equities, based on tweets, news, and speculation from both sides of the trade war. This volatility has scared many of the world's largest institutional investors and wealthy individuals and families into sitting on the sidelines, in cash, waiting for a time when they can predict where and how the equity market is going to go.

While many swing and options traders can handle these uncertain times, and even make money- many investors cannot handle this sort of volatility in their retirement savings- particularly if they are looking to retire soon. This trade war based insecurity has led to a rush into many asset classes traditionally considered safe-haven assets. Precious metals like gold, silver, and palladium are all trading near all-time highs, US Treasuries are seeing substantial interest - even the spectacular growth of ETF funds may be slowing down, with billions being redirected out towards these supposedly safe-haven assets. However, if you aren't interested in a precious metals play, or cannot stomach the low return profile of Treasuries, where else can you potentially store your capital, with the growth and safety you need for retirement? Many savers are also turning to real estate.

Learn more about the benefits of real estate investing by contacting our team of specialists today!

Real Estate as a Way to Hedge Against Trade War Volatility

Real estate has always had a reputation as a safe place to store value, with solid appreciation over time. Many investors enjoy the tactile quality of real estate- it is an asset they can feel and touch, rather than mere numbers on a screen, which is how many people view equities. Over time, real estate gains roughly match gains in appreciation in the stock market, with actively managed real estate actually beating the stock market from 1870-2015. Before taking the plunge on a real estate investment, it is imperative that you understand both how and why it may be able to act as a shelter, or even a growth vehicle during uncertain times.

Whether you are acting as an individual investor or entrusting your capital to a real-estate oriented financial advisor, real estate offers a much higher degree of control over the direction of your investment. With stocks, you are investing in a company, and unless you are a major investor, with a significant stake in the company, you have little to no ability to influence how that company behaves. This works out well when a company has excellent management, in a profitable sector, but can be disastrous with poor or unethical management, or during downturns for the industry in question or the market as a whole.

While trends in the market can and will influence real estate investments, even during the worst downturns, certain areas will outperform others. For example, during the last housing crisis, the real estate market in some areas of Nevada and Arizona virtually collapsed, while some places like the San Francisco Bay Area saw a slight downtick in prices, if that. As an investor, making the right choices in real estate property types, regions, and other contributing factors can protect your capital while the rest of the economy is falling apart.

Federal, state, and local governments have a vested interest in the health and stability of the real estate markets. While real estate is an investment, remember that it also represents the places we live, sleep, play, and work. As evidenced by large bailout programs like the Troubled Assets Relief Program or TARP, or other similar state and local programs- the government will likely act to keep people in their homes and businesses. A similar government assistance program will likely not be available to companies like Apple, Google, etc. As a real estate investor, you may be the eventual beneficiary of these programs to keep the country running, and people in their homes and businesses.

Fear is a powerful driver for investors, for better or worse. When large-scale institutional investors are showing fear or indecision, as a retail investor it may behoove you to pay attention to the moves the big guys make- especially if you are not particularly adept at finance or familiar with the vagaries of the equities market. For the reasons listed above, uncertain investors may find the growth and safe haven they seek in the real estate sector.