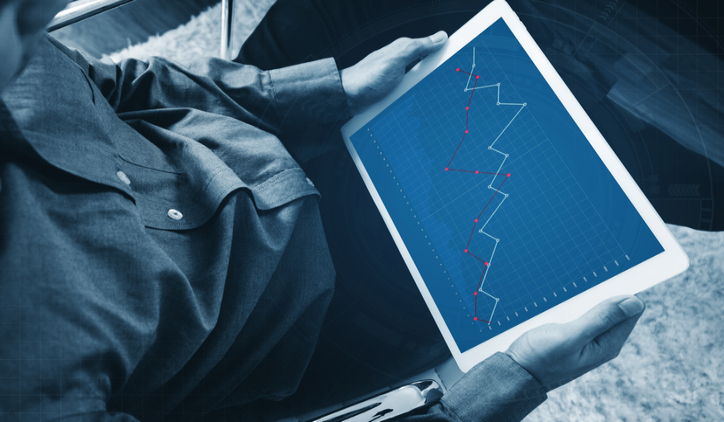 With the U.S. stock market reaching all-time highs in 2019 and the economy in continued expansion mode for over a decade, many investors have profited immensely since the last recession. But what goes up must come down, and eventually, both the stock market and the overall economy will fall on hard times again.

While some of the protections put in place from the last recession could help cushion the next blow so that the crash isn’t as steep as it was in ‘08-’09, markets can be unpredictable. It’s hard to know how severe the next stock market drop will be, but what we do know is that the cyclical nature of markets means that more drops will occur.

However, a stock market crash does not need to destroy portfolios. Professionals like physicians, dentists and other doctors work too hard to see their savings plummet at the drop of a hat by having all their money tied up in publicly traded stocks. Instead, investors can take action now to mitigate potential fallout by diversifying their portfolios and turning to recession-resilient categories like multi-family real estate investing.

When Will the Next Stock Market Crash Occur?

While history tells us that the stock market will eventually fall again — as markets have periods of boom cycles and bust cycles — precisely timing markets tends to be incredibly difficult, if not impossible.

For example, in December 2018 the S&P 500 fell 9% percent, which may have seemed like the start of a large stock market crash to some investors. However, the market has more than recovered its losses since then, climbing approximately 20% from the start of 2019 through mid-October. Investors who sold stocks at a loss in December would have then missed out on those gains.

And even though conventional wisdom might hold that the more than decade-long expansion must be due for a downturn, the length of the boom is not a reliable indication of when the bust will occur, as the New York Times reports. The Netherlands and Australia have had expansions lasting over a quarter-century, and it’s possible that the current U.S. expansion can continue for many more years under the right conditions.

Moreover, recessions aren’t perfectly correlated with stock market crashes either. As ThinkAdvisor explains, a down economy does not necessarily mean that the stock market will drop too. For example, while the U.S. has not had a recession in over a decade, there have been many instances where somewhat negative economic news corresponded with positive stock market gains, due to anticipation of the Federal Reserve tempering interest rates, which would make it easier to borrow money to invest.

That being said, a recession is still historically likely to generally coincide with a falling stock market, and there are still several indications that a recession could be coming in the near future, such as with the yield curve inverting. In August 2019, 38% of economists predicted a recession will occur in 2020, according to the National Association for Business Economics. Yet in the October 2019 survey, no respondents forecasted a recession in 2020, though they do still expect GDP growth to slow down. Further changes in areas such as corporate earnings, trade wars, consumer confidence could cause the stock market to go up or down, and it’s hard to predict what exactly will occur.

As such, investors should think more in terms of whether they’re comfortable with the risk and volatility present in the market, rather than trying to precisely time the next stock market crash.

High-income professionals such as doctors may be more interested in protecting their wealth and growing their portfolios conservatively, rather than taking significant risk to squeeze every dollar of profit out of their investments. Investing solely in the stock market can be risky, because when downturns do eventually occur, investors could lose a portion of their savings, which could take years to recover. Worse, the fear that sets in during stock market drops could cause investors to sell their stocks at a loss and then miss out on the recovery.

Stock market drops can be particularly challenging for physicians and other doctors who are nearing retirement and do not have as much time to let the stock market recover following a crash. For example, if a doctor had $3 million in retirement savings and planned to pull 5% of their portfolio out to use as income, they would have approximately $150,000 per year (aside from investment gains or losses). Yet if the stock market crashed, causing their portfolio to fall by 50%, they would only have $75,000 in income, which may not be enough to support their retirement lifestyle.

To mitigate this risk and enjoy more stable returns, investors can turn to areas such as multi-family real estate investing that can still earn income in a recession as well as during positive economic cycles.

For one, real estate prices are generally uncorrelated with the stock market, because even if the economy suffers and corporate earnings fall, that does not mean that housing prices are inflated and need to fall as well. Instead, housing demand could still be strong enough to drive prices up. As Curbed reports, ATTOM Data Solutions found that in the five recessions since 1980, housing prices fell during two and rose during three.

Even if housing prices fall, multi-family real estate investing is particularly recession resilient because investors can earn income from rent while the market recovers. For example, during the 2008 stock market crash, multi-family real estate investing still held up relatively well, as even in the depths of a recession people still need a place to live. And if homeowners are unable to afford their mortgages due to a recession, they may need to then rent an apartment until they get back on their feet.

Want to learn more about multi-family real estate investing? Connect with our team of specialists today!

But rather than spending significant time performing due diligence and analysis on different properties to invest in and trying to manage tenants on their own, doctors can make the process of investing in multi-family real estate significantly easier by allocating to a professional real estate investment company.

Doctors work too many hours and have too much responsibility to then get caught up in the nuances of managing multi-family real estate properties, but they can get the benefits of these assets, even during a recession, by investing alongside professional real estate investors.

Why Should Physicians Invest in Multi-Family Real Estate?

Why Commercial Real Estate Investing in Texas Has a Bright Outlook